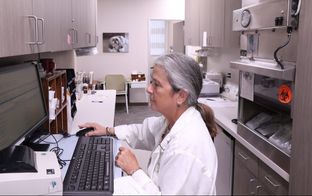 Since its initial report in 1984, by the Gastrointestinal Tumor Study Group, little or no progress has been made in treating patients with resected pancreatic cancer in the adjuvant setting. Both 5FU and gemcitabine appear to achieve equivalent outcomes but neither has produced encouraging results when compared to surgery alone. Beginning in 1994, Dr. Isacoff has used combination chemotherapy without radiation in the post-operative setting. Median survival has been greater than 43 months. This is significantly longer than that which is typically observed with single agent 5FU or gemcitabine when given alone or combined with radiation. Reported median survival is 22 months to 24 months. FOLFIORINOX which is significantly more active than gemcitabine in the setting of advanced disease should be evaluated in the adjuvant setting.

Beginning in the early 90’s, Dr. Isacoff began treating patients with localized, non-metastatic pancreatic cancer, who were felt not to be candidates for curative surgery. Using low dose continuous treatment, without radiation, more than 50 of these patients had responses that were good enough such to allow another look at resection. All of these so called “down-staged” patients had a successful surgery. Of those that were found to have no cancer involvement of regional lymph nodes, their median overall survival was greater than 5 years. An unexpected result, but a major impact on the treatment of locally advanced non-metastatic cancer. For decades, these patients were traditionally treated with radiation and single agent chemotherapy. For decades there was no improvement in outcome. Dr. Isacoff has focused on the use of combination chemotherapy, for greater than eight months and no radiation to achieve these improved outcomes.

​Standard chemotherapy for pancreatic cancer is usually given at maximally tolerated doses often referred to as pulse therapy. This approach has proven to be of limited benefit because it requires prolonged periods of time for patients to recover, during which cancers acquire resistance. In addition there is a high incidence of acute and chronic side effects which interfere with quality of life. By contrast, low doses of continuously administered treatment results in fewer side effects, is more patient friendly and has been associated with substantial disease control in many adult solid tumors. Low dose continuous therapy is a change in thinking from conventional high dose chemotherapy given in pulses. It embraces the use of continuous treatment over extended periods of time with few or no breaks. It is antiangiogenic, and when combined with other antiangiogenic drugs, such as Avastin, it has shown to be synergistic. We have treated more than 40 patients with pancreatic cancer using a low dose protracted infusion of 5FU along with weekly nab-paclitaxel, oxaliplatin and bevacizumab. Of those patients with advanced, measurable, metastatic disease more than 50% of patients had a response to treatment. The overall median survival is 18 months. Ongoing trials of “metronomic” dosing in patients with pancreatic cancer continue to be explored.